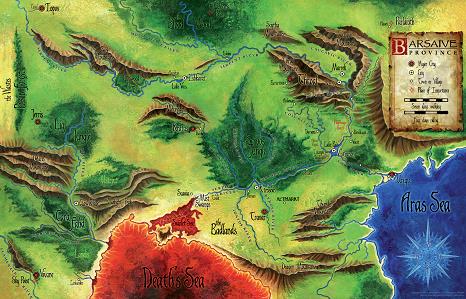 The Therans named the province of Barsaive six hundred years ago, before the Scourge began. Even today the Therans consider Barsaive a province of their empire, though most Barsaivians give their allegiance to the dwarf kingdom of Throal. This stark contradiction between perceptions of Barsaive’s people and its would be overlords creates much of the conflict between Thera and Barsaive.