The Hurthi family emigrated to Marrek from Scytha when Scytha was starting to get overrun by Horrors before the Scourge. Many Scythan dwarves ended up going to Marrek instead of Throal out of fear that they would be treated as second class citizens or looked down upon as poor lost children. Lenore and the other members of the Hurthi family believe that the Horrors came early to Scytha due to the constant warfare between Scytha and its neighbors. All the anger, bloodshed, and loss of war were a ripe feeding ground for the Horrors, which is why when king Cardok declared peace with Scytha’s neighbors the Horrors caused the withering death of all children born that year. With king Cardok’s assassination the wars started again and the Horrors feasted.

Lenore always had a strange affinity for spirits even from a young age. At the age of 5 Lenore had an “imaginary friend” named Clare. Her family was worried about this, wondering if Lenore might be insane or possibly tainted. They consulted a wizard who, upon looking into the astral, noticed that Lenore was playing with a spirit. A Nethermancer shed further light on the situation by talking to Clare and finding out that she was a human child who had died in an accident nearly 50 years before. This Nethermancer also noticed that spirits seemed to be attracted to Lenore and that this natural affinity would make Lenore well suited to the study of Nethermancy and argued that she could begin training immediately. Lenore’s parents decided not to push her though, and let Lenore decide for herself when she came to adulthood.

The Hurthi family has many members that are or were Vigilants. Lenore herself was originally going to be a mole in Throal. She had a cousin, Arthred, who was already a mole in Throal. He ran a small perfume business that had gained the attention of one of the Noble houses. There was some speculation that the Noble house might try and acquire his business. The noble houses of Throal often acquire new businesses through marriage, so that all their businesses are run by members of their house. Lenore was duly sent to Throal, at the age of 16, as a possible marriage prospect and was being trained by her cousin. Everything fell apart, however, when it was discovered that the noble house knew that Arthred and Lenore were Scythan rather than Throalic (there are very subtle racial differences) and simply planned on buying the business and replacing Arthred and Lenore with members of their own house. The business was shut down and Arthred and Lenore returned to Marrek. Upon returning to Marrek, Lenore decided to apply for an action team. 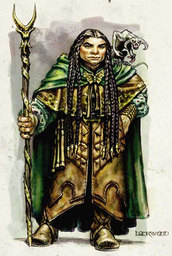